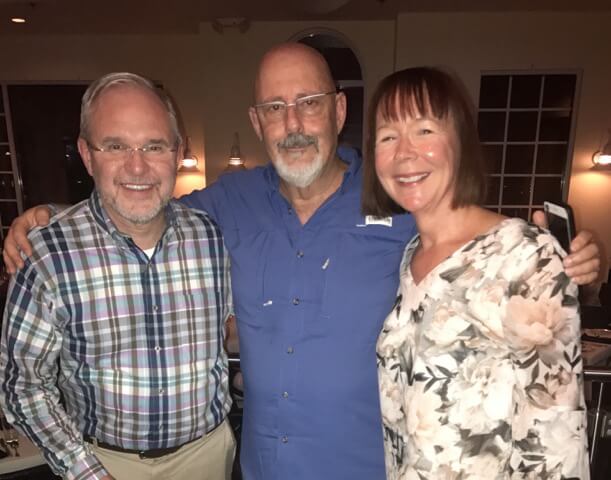 These two traumatic episode therapy protocols were developed by Elan Shapiro and Brurit Laub of Israel. The goal of these protocols is to reduce the likelihood of delayed onset PTSD, depression, anxiety, OCD, substance use, relationship and health issues that can be exacerbated by trauma. They also assist in fostering resiliency in individuals who have experienced trauma of a man made or natural disaster.

The EMDR R-TEP protocol is applied when a recent event has occurred that requires containment and additional assistance with integration beyond the standard protocol. It is a comprehensive approach to treating recent events in the belief that serious trauma symptoms may be prevented by receiving early interventions. The EMDR G-TEP protocol is a group application useful for small groups including couples, families, and those impacted by the same traumatic event, such as a natural disaster or act of violence.

Reg and Bill were trained by Elan Shapiro and Brurit Laub in 2010 and authorized to provide the group EMDR recent event protocol training.

Both Bill and Reg work as a team, and you can see their positive collaboration, which helps with teaching. Additionally, they were well prepared and helped us navigate virtually.  I learned not only RTEP/GTEP, but also how to teach virtually. Wow. Amazing!